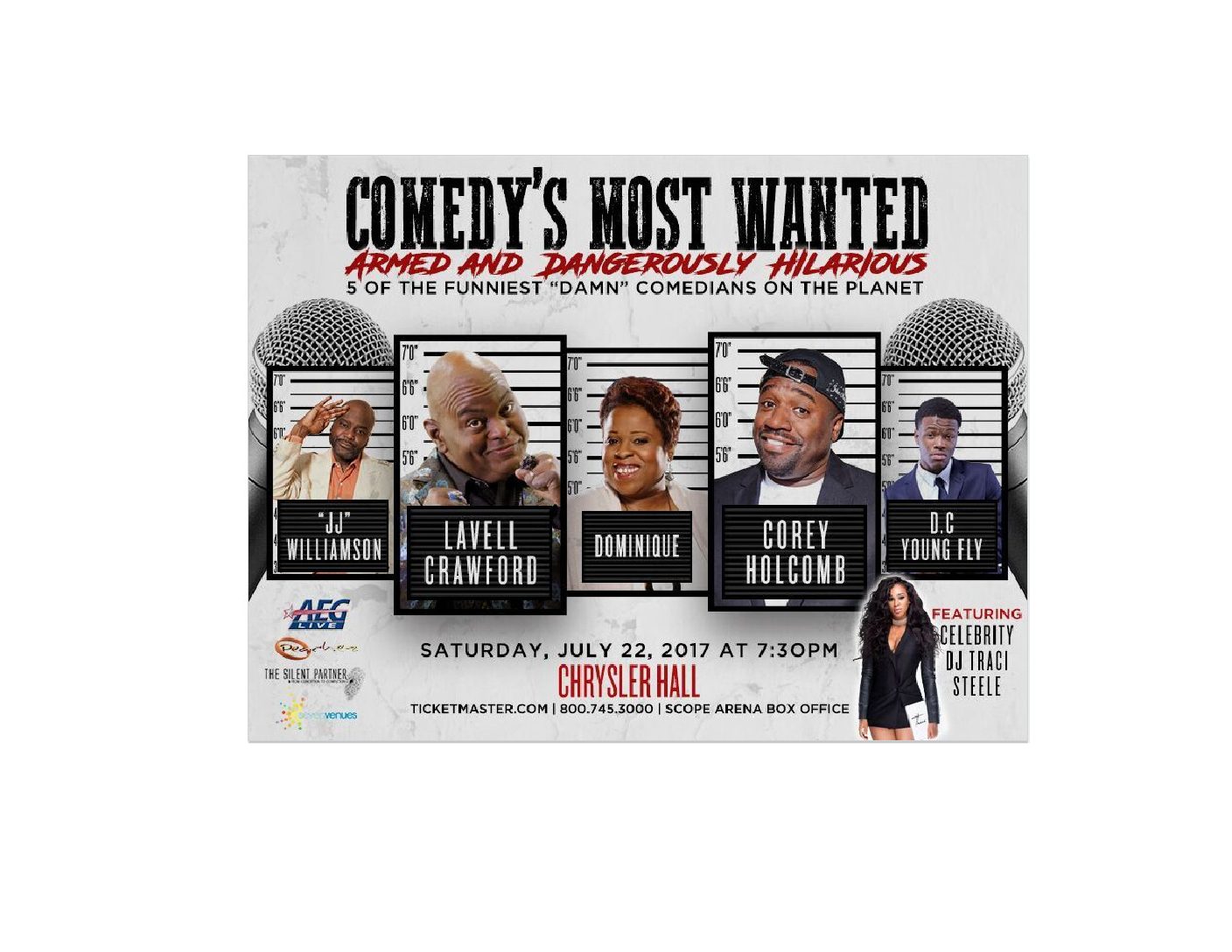 AEG Presents, Peachez and The Silent Partner have joined forces to bring together five of the funniest comedians on the planet for the “Comedy’s Most Wanted Tour.” These armed and dangerously hilarious comedians promise to deliver non-stop laughs while DJ Traci Steele keeps the entertainment going between sets by spinning all the greatest hits past and present.