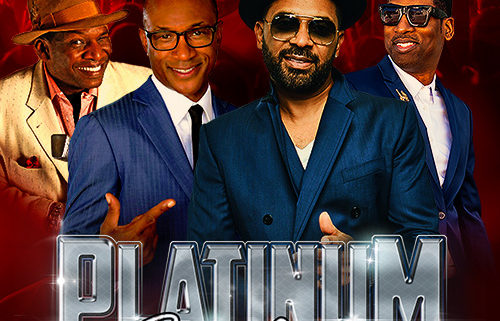 Stand-up comedian, actor, film producer and writer Mike Epps will be joined by Tony Rock, Tommy Davidson and Don “DC” Curry on the Platinum Comedy Tour stopping in Norfolk at the Constant Center on May 11.

Mike Epps has generated an extraordinary amount of buzz among his peers within the entertainment industry for being one of the funniest comic actors to emerge in the Hollywood scene as of late. When Epps isn’t filming, he is touring the country and performing his comedy act, The Mike Epps on the Edge Tour to sold-out theaters and arenas across the country. Last year Mike’s one-hour comedy special, “Inappropriate Behavior” aired on HBO and was one of the network’s top-rated one-hour specials of the year, followed by its subsequent DVD release that same month.

Accompanying Mike Epps is acclaimed comedians Tony Rock, Tommy Davidson and Don “DC” Curry. Coming off an extraordinarily busy year hosting shows like “All Def Movie Awards” on Fusion, starring in films such as “Couples Night” slated for a release later this year, and back to back tour dates, Tony Rock continues to exceed all expectations, causing laughter everywhere he goes. Premiering January 2017, he is back on Primetime as the host of TVOne’s new outrageous game show “The Game of Dating,”.

Tommy Davidson’s exceptional range – from stand-up comedy and acting to versatile music accomplishments – have earned him a reputation as an extraordinary performer. Best known as one of the stars of the hit television show In Living Color, his visibility has allowed him to become a household name known for his innovative talent.

Don “DC” Curry is known by fans across the country for his numerous national television appearances, his yearly theatre tours and for headlining the nation’s hottest comedy clubs, he is probably most widely recognized for his comedic acting role as the zany “Uncle Elroy” on the hit urban classics, “Next Friday” and “Friday After Next.” He’s currently developing his own comedy reality show, “No Chit,” about comedian’s lives on the modern-day “Chitlin Circuit.”