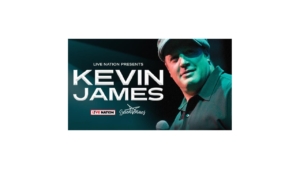 Kevin James began his career as a stand-up on the Long Island comedy scene. After being discovered at the 1996 Montreal Comedy Festival, he signed a network development deal to create his own sitcom. The King of Queens, which premiered in 1998, ran for nine seasons on CBS with James starring and executive producing, and […]