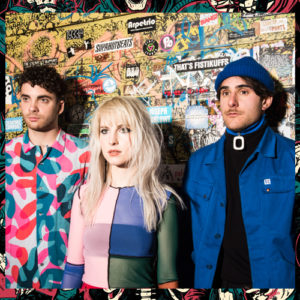 Paramore will perform live on December 8 at 7:30PM for the 96X Winter Meltdown at the Constant Center with special guest MisterWives. Paramore has produced five singles on the Billboard Hot 100 including "Ain't It Fun", "The Only Exception" and "Decode". They recently released their fifth studio album, After Laughter. In 2017, their fifth studio […]